You are not connected. Please login or register
4 posters

The Cache: The Ultimate Treasure

The Cache: The Ultimate Treasure

This rp is about Seeking a very enormous treasure with which would either: end world poverty, or send it into a depession so deep, no nation would be able to recover. Your characters must try to find it before another team does. You can make small team alliances, but they will eventually break up due to either greed or a want to find the treasure. There will be a team [controlled by me] that will act as the true enemy of all the treasure-seekers and will stop at nothing to find it first, even if it means killing your characters off, so be careful. And if your characters end up getting killed, you may not bring them back right away. There is a few ways, but you'll have to figure those ways out.

The planet I have in mind is not Earth, so any character may be used AS LONG AS they are not immortal (half is allowed, but they MUST BE ABLE TO BE KILLED,[not like they WILL be killed but just saying]).
And btw, you will eventually get to killing off team members of the enemy team (one I stated) just I'll state when.

There is a limit of 3 weapons per character.

Last but not least, I WILL NOT TOLERATE GOD-MODDING OR SOMEONE USING ANOTHER'S CHARACTERS [Unless they have given you DIRECT permission].
And well...Let's have fun, this is a treasure hunt after all. XD

Legends tell of a vast treasure hidden deep within the confines of the earth, called The Cache. Treasure hunters from all over the world have heard of it, but regard it as a myth, as no one has ever found it. But there are a select few who believe that it exists. These brave explorers travel all over the world to find the clues to the whereabouts of the treasure horde.

People say these clues are hidden in six places, and it's up to the treasure hunters to find them and gain riches beyond their wildest dreams.

The Hunters must seek six keys which are used to unlock the door to the treasure horde. Each key is guarded by terrible dangers that no man has passed before.

There is also a team on the move, one seeking to use the treasure and use it's riches to take over the world. They must be stopped at all costs, to prevent the world from falling into tyranny.

You....yes you...explorer. You must find it quickly, time is of the essence, go to the frozen that covers the bottom of the world. There you'll find the first key, and a clue to where the other keys are.

And as I stated I will be controlling the enemy team, which has a member specializing in one certain category/weapons.


For this rp I will be using (check my char profiles in Characters[located here:link section for details):


(once one other person joins, We can begin) 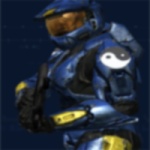 Armor: body scales (resistant to piercing weapons or small arms fire, blunt weapons present risk to it), necklace (able to create "all resistant shield" around himself for a limited time)

Weapon: Magic enhanced claws (able to cut thru most of metal alloys and skins- including dragon scales, unable to be broken or blunted), teeth's (able to chew thru armor, doesn't break, but does fall off when needed to), and "mace" on end of the tail (able to smash walls/armor whit one hit)

The sub-artic breeze swept across the barren white plains of the Southern Ice Cap. There was very little that could survive here, even the penguins here had difficulty surviving, due to the extremely low temperature.

A steel ship made it's way towards the ice shelf that lay before it. The captain and it's crew were wary of what rumors surrounded this area. But three passengers stood on deck, viewing the landscape, readying themselves for an adventure of a lifetime. One their own hunt for the ultimate treasure.

"Well my comrades, we're almost there. I can smell it from here." Nikifor announced, eager to set afoot this No Man's Land.

"I can't smell what you are talking about, but this place surely needs to heat up before I use my flamethrower on myself" Fault Zone replied, obviously complaining about the cold temperature. It was close to -30 Celsius. Cold for most people, but for these three it wouldn't bee too much a problem, save for Fault.

The tall armor-clad hybrid Kyran stood still, almost like a statue. He viewed the ice shelf, looking for a possible place to land "I think we could land over there" he said pointing to a small path leading upwards to the top

The ship approached, more quietly than before and docked right near the path

"Well lads, here you go. Try to find whatever it is you are looking for, but hurry back. This cold could kill us if nothing else will. And we're already getting low on food. Be quick" the captain said, breaking the silence "Be safe"

"Thank you, captain. All right, Kyran, Fault, grab the supplies and let's go, we're moving out" Nikifor responded and shouldered his BAR, and started off the ship and up the pathway.

The other two followed the orange husky, keeping up with his quick pace. And when they reached the top they found what looked to be an ice pyramid in the midst of the shelf.

Nogard bend over a piece of rock as his ship sailed towards arctic continent. The ship he was on was a merchant freighter that happens to sail close to the area and he managed to convince freighter captain to drop him on land. Of course captain was worried about his ship, as well as his cargo, so Nogard had to pay a little extra to persuade him. However if he was right, that little extra would be just a little more then dust compared to his reward.

Someone then knocked at the door of his room."OI! Wake up laddie! We're here!" said voice on other side. Nogard recognize it as a one of sailors "yeah yeah I'm up, just a minute to get my stuff" he pick up stone he was looking at and put it in his bag, along whit some provisions, and then exit his room. Sailor smiled as he walked out "Ya know, its pretty freezing out there, you sure you don't want to buy any winter outfit?" Nogard smiled since he know that everyone on the freighter wanted to make extra money "Nah I'm good, my jacket is much warmer then you can expect"

sailor frown and walked outside whit Nogard following. Merchant ship was a wooden ship, so captain was sailing carefully, as no to hit any ice bergs and accidentally sink his ship. "Your boat is ready, two of my sailors will take you to the land" Nogard nod and put his bag, and his rifle into boat. About eight or so minutes later he was on land and sailors moved back to their ship. Nogard gave them a quick wave before looking at ice mountain and back into his rock that he had just took out of his bag "Seems like I found it, finally" said Nogard to himself and walked towards it, snow and ice didn't seem to bother him, much to surprise of sailors that row back to ship."

"I don't think thats human" said one sailor to the other one "So? neither am I? I'm a dwarf you maggot!"

Raven and Trace slowly made their way at thick snow. Their white cloaks and hoods hid them well. Grey coat they wore protected them against cold still they felt the icy winds. Raven pulled up his scarf to cover his face. He was exhausted but he still kept on. He knew it was same for Trace. Their backpacks was heavy but full with stuff essential to them.

"Hey Raven. How long are we going to keep walking like this?" asked Trace.

"Well we still have way to go. At least a couple more miles or we are going to be behind our schedule." said Raven as he looked around.

They were near a cliff. Raven thought saw a little ship somewhere near the shore but it wasnt important. He and Trace were going to follow cliff only got a little longer then they would be near the river which would lead them one of the cave entrances leading to mountains inside. İt would be a dangerous trip but Raven knew he could count on Trace. Trace was the only on he could trust his back to. And his sniping skills saved Raven's life many times. Raven pulled out a map from his backpack. As Raven checked the map Trace looked around trying to be ready for any suprises.
faultypitch

All three stared in awe at the pyramid constructed of ice. It was smooth, definitely not man-made, like it was cut with a pure precision tool.

"Does that also go for your filthy lil p**** collection?" Fault laughed

"I own no such thing!" He replied.

"all right you two. Cool it. We came here looking for something, and we're gonna find it. I'd rather not deal with your attitudes today. Let's just get this over with as smoothly as we can shall we?" the husky responded, silencing them both. He shouldered his rifle and headed towards the pyramid
Sedsone

The piece of stone that Nogard hold in his hand lead him towards ice pyramid. He smiled a little as he approached it, when he heard voices. Despite the ice cold wind blowing he still managed to hear and understands some words.

He shake his head and thought to himself "Another group of wanabies" As he approached the ice pyramid he noticed how smooth design it was "Hmm, definitely not manmade, or any know specie constructing that I know of" He set his hand on ice and pet it. Ice seems to melt only to his touch. In a few moments a door appeared in front of him whit a hole in middle. After his examination he put the rock he used to find this pyramid into it. Despite the loud winds, the opening of gates nearly deafen Nogard as he held his hands to his ears. "Must have been a long time since those gates were used" were his thoughts as he walked inside"
Sponsored content